Skip to content
A beautifully warming, aromatic spice of the winter season, even a small amount of Cinnamon goes a long way.  Its antioxidant properties are what makes it so beneficial for our bodies; it has even been ranked number one of the medicinal herbs (26 total) to have the highest amount of antioxidants.  As little as half a teaspoon daily can have positive effects on blood sugar levels, immunity, digestion, and more.  Include cinnamon in even higher quantities to your diet and you could also experience the benefits of improving your heart disease prevention risk, cutting risk for diabetes, cancer, and some neuro-degenerative diseases. On tablespoon of ground cinnamon contains; 4 grams of fiber, 68% manganese, 8% calcium, 4% iron, and 3% Vitamin K.  The smell, flavor, and color of cinnamon is due to the oily part of the tree it grows from, the bark of the Cinnamomum tree.  The bark particularly contains compounds which are responsible for many health promoting properties, including cinnamaldehyde, cinamic acid, and cinnamate.  Researchers have found that the health benefits of cinnamon can be obtained in the form of its pure bark, ground spice (bark powder), essential oils, or in extract form when its special phenolic compounds, antioxidants, and flavonoids are isolated. The compunds specifically benefit our health with a substantial dose of antioxidants, anti-inflammatory agents, anti-diabetic properties, immunity boosting compounds, anti-microbial properties, cancer fighters and heart disease protecting capabilities.
Antioxidants
This spice is renowned for having one of the highest ratios of antioxidant properties per teaspoon, in fact it has been ranked number 7 of all the spices around the world.  It has a variety of antioxidants that reduce free radical damage and slow the aging process, notably researchers have identified 41 compounds within cinnamon to date.  The type of antioxidant properties particularly important include; polyphenols, flavonoids, and phenolic acid.  These components can also be found in “superfoods” like; dark chocolate, berries, and red wine.  The work particularly to fight oxidative stress in the body, which can lead to disease formation as the body ages.
Anti-Inflammatory Properties
Inflammation in the body leads to disease eventually, combating that process with a healthy lifestyle and a diet rich in antioxidants can help lower the risk of heart disease, cancers, brain function decline, etc.. Because cinnamon has compounds that can lower swelling and inflammation within the body it can be helpful when seeking to reduce pain in the body ranging from muscle soreness, PMS symptoms, allergic reactions, and perhaps even lessen arthritic pain.

Heart Health Protector
Cinnamon has been shown throughout many studies to reduce several common risk factors for heart disease; high cholesterol levels, high triglyceride levels, and high blood pressure.  The compounds in cinnamon help to reduce levels of total cholesterol, LDL (bad stuff) and triglycerides, while maintaining stability within HDL cholesterol (good guys).  It has also been shown to reduce high blood pressure.  Research has also shown that cinnamon can be helpful as a blood coagulant and prevents bleeding by healing the body form a beneficial clot.  Cinnamon also helps with blood circulation allowing the body to repair itself after it’s been damage (think muscle soreness-allowing the body to open up blood flow allows for fresh oxygenated blood to repair the tissues).  This also includes heart tissue which needs regular regeneration in order to fight off heart disease.
Diabetes Fighter
Cinnamon has also been noted to have an anti-diabetic effect.  It helps to lower blood sugar levels and can also improve sensitivity to the hormone insulin, a vital hormone for stabilizing blood sugar levels.  Diabetes occurs when insulin resistance forms and poor glycemic control takes place, or someones develops the inability to manage how much sugar (glucose) enters the blood stream. The same insulin resistance is associated with other conditions like weight gain and metabolic syndrome.  Cinnamon helps to block certain enzymes call alanines which allows for glucose to be absorbed into the blood.  It helps to decrease he amount of sugar that is allowed within the blood after a meal, which can be crucial for those with diabetes. 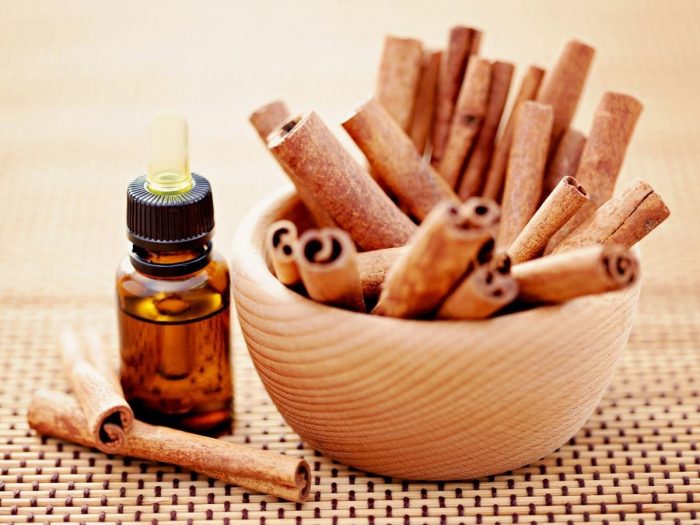 Defends Against Cognitive Decline
Research shows strong evidence that cinnamon’s protective antioxidant properties can help defend the brain against developing neurological disorders, such as Alzheimer’d and Parkinson’s. It holds neuro-protective proteins that protect the brain cells from mutations and undergoing damage (increased blood flow, remember).  This further reduces negative effects of oxidative stress by stopping the cells from morphing and self-destructing.    Due to it’s high level of antioxidants and anti-inflammatory compounds that reduce the effects of aging on the body and brain, in the future we may certainly see it being used as a possible natural therapeutic treatment or prevention for age related neuro-degenerative diseases.

Cinnamon holds truly powerful natural remedies for disease treatment and prevention.  It also, luckily, is easy to incorporate into your diet and a delicious add-in at that.  Other than the obvious baking with cinnamon, there are quite a few savory dishes that benefit from its richness, warmth, and add a depth of flavor to a dishes profile.  Particularly stews, curries, and even a tomato based recipe can take on a new level of flavor when just a hint is added.  Think of including it when you are seeking to add in more warmth, spice, and mild sweetness.  Cinnamon is also easy to include to your morning coffee (to the grounds or stirred straight in), oatmeal, sprinkled over fruit and nuts, in a smoothie or in yogurt.  Find a way to incorporate it daily and maintain that for long-term health benefits.
Advertisement